Free local delivery on orders over £35...
press Enter to search Showing all results: No products found.

We are an independent small-batch copper-pot distillery producing a range of exciting spirits and liqueurs from raw materials: grain for our whisky, single malts, gin and vodka, and local fruit for our brandies and apple-based liqueurs and aperitifs. We pride ourselves on crafting quality products from our beautiful farm location in the heart of the South Northamptonshire countryside, and welcome everyone to come and see how it is all done on our hand-beaten copper pot stills from Portugal.

Currently we are the only grain to glass distillery in Northamptonshire which means that we don’t just buy in neutral spirit to make our products, we actually ferment raw ingredients to create an initial base alcohol.

We are proud to craft a great range of spirits.  Our products range from English Whisky, gin, brandy, liqueurs, as well as our own range of exotic blends and flavours of liqueurs and aperitifs. Our distiller crafts new artisan spirits from a diverse range of local ingredients, all created in our handmade Portuguese copper alembic pot stills.

Whether you are looking for the perfect after dinner drink, or an ideal mixer for your home cocktail creations, we have amazing spirits for you to sample. Find us in local independent shops, local markets and food festivals in and around Northamptonshire, Milton Keynes and North Buckinghamshire. 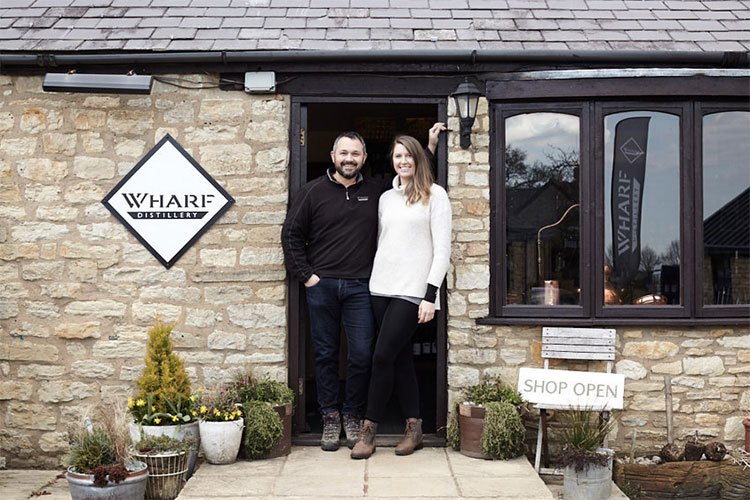